Letter from the President of the Management Board 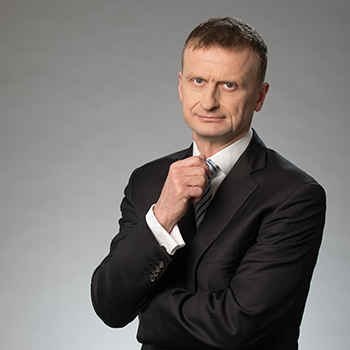 it is my pleasure to present the 2016 Integrated Annual Report of the LOTOS Group.

Consolidated LIFO-based EBIT soared 175% year on year, to PLN 1.9bn. In 2016, consolidated net profit exceeded PLN 1bn, a level yet unseen by the Company. To compare, for 2015 LOTOS reported a consolidated net loss of PLN 0.3bn.

In 2016, LOTOS achieved a record oil throughput of almost 10.4 million tonnes. The Gdańsk refinery ran at close to 100% capacity utilisation, and we sold over 11m tonnes of refined products. Our throughput and sales rose as a result of strong refinery margins continuing throughout most of 2016, which were partly due to the first effects of successful legislative efforts to curb the grey fuel market in Poland (the First Fuel Package coming into force in August 2016).

The strategy adopted by the Management Board for the years 2017−2022 sets a clear direction we want to follow in the years to come. Stability and sustainable growth across key areas of business, combined with strong support for innovation lie at the heart of the Company’s strategic plans.The strategic objectives are to be pursued within two time frames: 2017-2018 and 2019-2022. The initial years are for achieving economic and financial stability and completing projects currently in progress: EFRA (Effective Refining) and full development of the B8 field in the Baltic Sea. The pace of growth in the second strategy period, from 2019 to 2022, will hinge on key strategic decisions concerning new upstream and downstream capital investment projects.

LOTOS pursues a strategy designed to reduce Poland’s dependence on crude oil imports from one source. This necessitates increasing imports by sea and expanding our own upstream capabilities. In 2016, we maintained daily production from our assets in Norway, Poland and Lithuania at 26.5 thousand barrels of oil equivalent and increased our total recoverable reserves to 72.7m boe (up 9% year on year), mainly through field development on the Norwegian Continental Shelf.

In the past year, LOTOS continued to make progress on construction of the refinery plant complex under the Effective Refining (EFRA) project. After the project is completed, LOTOS will be able to increase its supplies to customers by up to 900,000 tonnes. The EFRA project will also help to improve our refining margin per barrel of crude oil processed by some USD 2.

At the end of 2016, the LOTOS retail chain comprised 487 stations, with 11 new locations added during the year. At the end of 2016, LOTOS operated a total of 20 service stations along the A1, A2, A4 and A6 motorways and the S3 and S7 expressways, maintaining second position on the market in terms of the size of its motorway service station network.

Our other important objective is to increase R&D and innovation spending. We aim to complete the ongoing expansion projects in each business segment, as well as to optimise and increase the efficiency of the Group’s operations. We will explore and select optimal growth scenarios to be able to implement them smoothly to the benefit of our customers, shareholders and employees.

Marcin Jastrzębski
President of the Management Board,
Grupa LOTOS S.A.